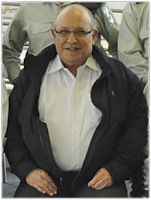 US-American and Israeli politicians and their neoconservative extremist friends in Western Europe and the United States do their very best to provoke the Iranian leadership to react irrationally against the different terrorist attacks by their intelligence services. So far, the Iranian regime has kept cool. But Western media propaganda runs at full speed to rally the public behind the flag of war. Especially in the U. S., it seems easy to manipulate the minds of the benighted population as was the case in relation to Iraq.

Due to Western racism, Muslims are stereotyped as “liars” or as dissembler of their real motives and feelings. They deem only to understand the “language of force”. Such wicked remarks are often made by some Israel politicians, American neoconservatives and islamophobic pundits throughout the Western world. Iran´s highest cleric, Ayatollah Ali Khamenei, said in June 2006: “We have no problem with the world. We are not a threat whatsoever to the world and the world knows it. We will never start a war. We have no intention of going to war with any state.” These clear words are ignored in the West. There exists even a fatwa (a juristic ruling concerning Islamic law) by the former Ayatollah Khomeini actually forbidding nuclear weapons on moral grounds. The whole Iranian secular leadership has reiterated time and again that the country does not build nuclear weapons. Iran has consistently called for and supported a total international ban on nuclear weapons and advocated a nuclear-free zone in the Middle-East.

So far, Iran has not violated any international treaty concerning its nuclear industry. Even if Iran would acquire or build nuclear weapons, is there any international law or treaty that forbids it? Why are the U. S, United Kingdom, France, Russia, China, Israel, North Korea, Pakistan, and India entitled to poses and deploy nuclear weapons, but not Iran? Or is the reason behind Western belligerent rhetoric against Iran based on the fear that Israel might lose its nuclear hegemony over the entire Middle East? Israel is the only state who has a huge arsenal of nuclear bombs and refuses the control of its installations in disregard of all international treaties and norms. By the way, no less a figure than Israel´s defense minister Ehud Barak stated on November 15, 2011 at Charlie Rose’ that if he were an Iranian, he would probably also seek nuclear weapons! Iran is surrounded by the U. S. military machinery and the war-mongers in U. S. congress are the driving forces. The U. S. would have never attacked Iraq, had Saddam Hussein possessed nuclear weapons, and the psychopathic “boy-emperor from Crawford, Texas” certainly knew it.

Why do Western leaders purport to believe in fairy-tales about the “Iranian nuclear threat” when the Israeli security establishment and eminent military historians do not? The debate in Israel shows to the world that the Israeli political class is at loggerheads. All Israeli Mossad chiefs, including the current one, see no “existential threat” to the security of their country by Iran. Tamir Prado, head of the Mossad, said before Israel`s top diplomats end of December 2011, that the country does not face an “existential threat” by a nuclear Iran. Israeli and American hawks are using the phrase existential threat “too generously”, so Prado. He continued saying: “If you said a nuclear bomb in Iranian hands was an ‘existential’ threat that would mean that we would have to close up shop. That’s not the situation.” Even Barak keeps cool about the assumed Iranian "existenial threat".

Other former Mossad chiefs and top brass of the security establishment, such as former chief of staff Gabi Ashkenasi and former Shin Bet chief Yuval Diskin disagree openly with Prime Minister Benyamin Netanyahu and Barak over an attack on Iranian´s nuclear facilities. Netanyahu especially speaks about another “Holocaust”, just around the corner. Political rhetoric aside, the Israeli daily “Haaretz” reported, that the long-time head of the Mossad, Meir Dagan, said that it would be “the stupidest thing I have ever heard" for Israel to attack Iran. And he added: “Iran has a clandestine nuclear infrastructure which functions alongside its legitimate, civil infrastructure. It is the legitimate infrastructure, he said, that is under international supervision by the International Atomic Energy Agency (IAEA). Any strike on this legitimate infrastructure would be ‘patently illegal under international law’”. And about the consequences likely to follow such an attack he said: "It will be followed by a war with Iran. It is the kind of thing where we know how it starts, but not how it will end."

And another Mossad chief, Ephraim Halevy, said according to “ynet” from November 11, 2011, that a “strike on Iran could have devastating effect for region. Ultra-Orthodox radicalization poses a bigger threat than Ahmadinejad. The ultra-Orthodox extremism has darkened our lives.” He said, confidently: “The state of Israel cannot be destroyed.” But “an attack on Iran could affect not only Israel, but the entire region for 100 years.” Perhaps political realism will overcome political adventurism among Israel´s political elite.

Perhaps scientific expertise can convince Western politicians, although I have greatly doubt it. Martin van Creveld, a well-known Israeli professor of military history, said about an “existential threat” to his country in 2002: "We have the capability to take the world down with us. And I can assure you that this will happen before Israel goes under." And he remarked in 2004 about the threat Iran is facing by the U. S. Empire that the Iranians “would be crazy not to build nuclear weapons considering the security threats they face“. And three years later he added that “the world must now learn to live with a nuclear Iran the way we learned to live with a nuclear Soviet Union and a nuclear China. (…) We Israelis have what it takes to deter an Iranian attack. We are in no danger at all of having an Iranian nuclear weapon dropped on us (…) thanks to the Iranian threat; we are getting weapons from the U.S. and Germany.”

The question every rational person in the West, not to speak of politicians, has to ask himself: Why do we believe all this propaganda nonsense about a nuclear Iran as an “existential threat” to Israel and the West when quite a few leading Israeli security experts and reasonable scientists regard it as a “quantité négligeable”?