The Palestine Nakba, Land Day, and the Recolonisation of History 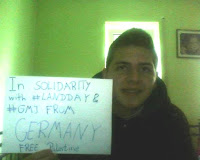 The Arab Revolt and the Imperialist Counterattack

Having perceived the hype around the yearly gathering of the Israel Lobby organized by “The American Israel Public Affairs Committee” (AIPAC) in Washington, D. C., and having listened to President Obama’s speech to the AIPAC audience, I was flabbergasted by the twists and turns taken by the leader of the sole “hyper power” to please the well organized bunch of lobbyists who advocate a war of aggression against Iran. Despite knowing better, Obama kowtowed before this propaganda event. Instead of confronting Netanyahu and the Israel Lobbyists head-on with the political consequences of a unilateral Israeli attack on Iran, he gave a lesson in political opportunism and begged for his job. “Over the last three years, as president of the United States, I have kept my commitments to the State of Israel. At every crucial juncture, at every fork in the road, we have been there for Israel. Every single time.”

Starting out as a roaring lion against illegal Israeli settlements, President Obama ended up as a Zionist bedside rug. Obama appears to be a driven by Israel`s Premier Minister Benjamin Netanyahu, who also addressed this forum and paid the obligatory visit to the White House. For the U. S. President, Netanyahu’s visit was another ordeal because they dislike each other. The most Netanyahu got out of Obama was the banality that any country has the right to defend itself. Generally speaking, Netanyahu is not only considered by France’s President Sarkozy but also by Obama as a pain in the neck. Politesse oblige, he is treated at eye level.

From the outside, U. S. foreign policy towards the Middle East appears to be formulated and predetermined by what is called the U. S. Israel Lobby or by Israel itself. If that were true, Obama would be nothing else than Netanyahu’s or the Lobby´s puppet. However, such an impression is incorrect and leads the public astray about the real geopolitical motives of the U. S. Empire. Israel´s hegemonic goals in the Middle East would be worthless without U. S. consent. From the point of view of real power, it seems impossible that a tiny country, such as Israel, highly dependent on its master’s largess and political support, would determine Washington’s policy towards the Middle East, let alone global policy in general.

There are many examples showing the U. S. reigning in Israel. When Israel attacked Egypt in collusion with the European colonial powers, France and Great Britain, in 1956, President Eisenhower intervened. Israel had to back off and leave the occupied Egyptian Sinai at once. In 1981, U. S. condemned Israel´s bombing of Iraq’s nuclear reactor and voted against the country in the UN Security Council. On the other side, there is much evidence of ambivalent U. S. behavior reflecting America´s subservience to Israel`s whims and U. S. support of Israel`s illegal political actions violating norms of international law. Till this day, nobody can explain why the U. S. has drawn a veil over the Israeli attack of the USS Liberty in international waters on June 8, 1967, in which 34 U. S. marines died and over 174 were wounded. Why did the U. S. Congress fail to investigate that murder of U. S. soldiers until today? The colonization of the Palestinian Occupied Territories is another case in point. Without U. S. political and financial support, the Israeli colonization project could not have been so successful. When U.S. Vice President, Joe Biden, arrived in Israel in 2010, he said “Good to be at home”. Apparently, he considered Israel a part of the United States. Yet, Israeli politicians publicly humiliated him.

Besides ordinary disinformation and political rhetoric, there no “existential threat” to Israel or to the United States, let alone to international peace, emanates from Iran. All talk of an Iranian nuclear threat is bogus. America’s National Intelligence Estimates (NIE) of 2007 and 2010 state clearly that Iran has stopped its nuclear weapons program in 2003. And the U.S. political class sees no imminent need to attack Iran’s civil nuclear program, which it is entitled to develop, like every nation. Even the International Atomic Energy Agency (IAEA) has not come up with reliable facts that prove otherwise, although their controllers are in and out of Iran`s nuclear installations.

On the other hand, Israel has a huge nuclear arsenal (200 to 300 nuclear warheads), in additional to biological and chemical weapons and it refuses to sign the “Treaty of the Non-Proliferation of Nuclear Weapons” (NPT), not to speak of the supplementary protocol to the NPT that allows inspections by the IAEA. In December 2003, Iran has signed this protocol. However, Israel refuses not only inspections by the IAEA but also does not acknowledge its nuclear weapons, although it’s all over town. Iran has repeatedly called for a nuclear-free Middle East but Israel´s political class rejects this notion. As long as Western powers do not demand from Israel to open its nuclear facilities for international inspections, their saber-rattling and demonization of Iran is hypocritical. Also, the UN General Assembly has repeatedly called for a Nuclear-Free Zone in the Middle-East. It is therefore incumbent upon Western states to enforce this resolution. For example the last one.

Israel’s Prime Minister Netanyahu uses every opportunity to scapegoat Iran’s leadership and warns for “another Holocaust”. He compares Iran to Germany in the 1930s, and Ahmadinejad as a revenant of Hitler who denies not only the Holocaust but also wants to “to wipe Israel off the face of the Earth”, as he claimed in the Israeli Knesset on International Holocaust Remembrance Day. Although Ahmadinejad may hold some wrong views on the Holocaust, he did not say that Israel should be wiped off the face of the Earth or wiped off the map, let alone that its people should vanish. According to an official translation, he referred to Imam Khomeini saying that “this regime occupying Jerusalem must vanish from the page of time." Two years later, Ahmadinejad clarified his views on Israel/Palestine by saying that any decision taken by the Palestinian people about their future in free elections will be fine with Iran.

Perhaps scientific expertise can convince Western politicians, although I greatly doubt it. Martin van Creveld, a well-known Israeli professor of military history, said about the alleged “existential threat” to his country in 2002: "We have the capability to take the world down with us. And I can assure you that this will happen before Israel goes under." He remarked in 2004 about the threat Iran is facing by the U. S. Empire that the Iranians “would be crazy not to build nuclear weapons considering the security threats they face“. And three years later he added that “the world must now learn to live with a nuclear Iran the way we learned to live with a nuclear Soviet Union and a nuclear China. (…) We Israelis have what it takes to deter an Iranian attack. We are in no danger at all of having an Iranian nuclear weapon dropped on us (…) Thanks to the Iranian threat; we are getting weapons from the U.S. and Germany.”

After Netanyahu’s visit, Obama ordered Secretary of Defense Leon Panetta to approve the sale of refueling aircraft and GBU-28 bunker buster bombs to Israel. Both are essential for carrying out a successful attack on Iran’s nuclear facilities. All political signs point at a war of aggression by Israel, although the whole U. S. security and intelligence establishment declared at a hearing before the Senate Armed Services Committee on February 16th, that an Iranian threat does not exist.

Iran’s supreme religious authority, Ayatollah Ali Khamenei, declared many times that, on religious grounds, Iran will not build nuclear weapons. He said such weapons are contrary to all ethics. Western pundits claim out of racism and neo-orientalism and he is lying. Supposedly, Muslims cannot be trusted, and they furthermore act “irrationally”. This kind of stereotyping pervades the entire debate on Iran. The latest Iranian elections wrought a significant defeat to Ahmedinejad´s supporters. In one year, his second term is over. In the Iranian power hierarchy, the President ranks third behind Khamenei and the President of the parliament, Ali Laridschani. Commander-in-chief of the military is Ayatollah Khamenei.

The truth about Iran’s virtual nuclear program still prevails over the irrational and baseless accusations levelled against Iran, but the time for the truth is running out. Will Obama win some time by convincing Netanyahu that Bashar al-Assad has to go first before Iran is attacked? U. S. senators, such as John McCain, call for war on Syria. War on Iran can only be prevented if Russia and China make it crystal clear to the aggressors that an attack on Iran would be tantamount to an attack on them. The only way to stop America’s quest towards total hegemony over the Middle East appears to be credible deterrence. If it fails, China will someday be next. The U. S. has already started to encircle China by building military bases in Central Asia and Australia. The lust for world domination and hegemony belongs to America’s fateful destiny as eternal wars belong to the military-industrial complex. Both are identical twins. 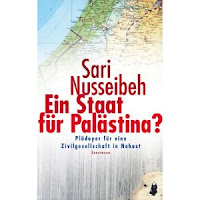